The site also revealed that the staff of Saezuru Tori wa Habatakanai: The Clouds Gather wil also produce an original anime DVD (OAD) for the franchise titled Don’t Stay Gold. The anime is based on a short story Yoneda wrote about Kageyama and Kuga’s first meeting. The OAD will ship with a special edition of the seventh volume of the original manga. The staff revealed an illustration for the OAD. 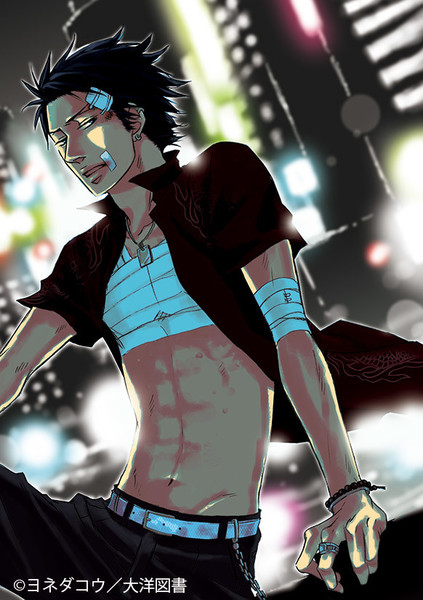 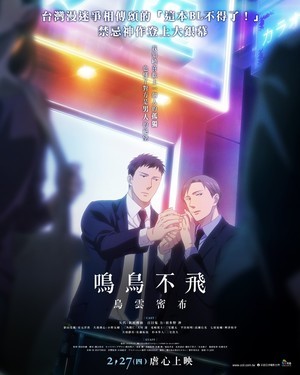 Saezuru Tori wa Habatakanai: The Clouds Gather opened in Japan on Saturday. The film stars Tarusuke Shingaki as Yashiro and Wataru Hatano as Doumeki (both are reprising the roles from earlier drama CDs).

The sexually masochistic yakuza boss, Yashiro, isn’t the type to warm up to others easily. But when Chikara Doumeki, his newly hired bodyguard, catches his interest, he reconsiders his “hands-off” policy with subordinates. As Yashiro’s invitations fail, the yakuza boss finds out his bodyguard has a very personal reason for staying at arm’s length.