The title was proposed by JA Nansun, an agricultural cooperative based in Numazu. The Love Live! series official website further mentioned that the “Hikari no Hiroba” store in the LaLaport Numazu shopping center is selling oranges in boxes with original art of Chika printed on them. Sales commenced on Wednesday and will continue for as long as stocks last. 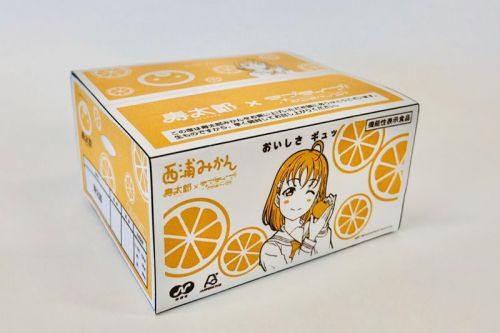