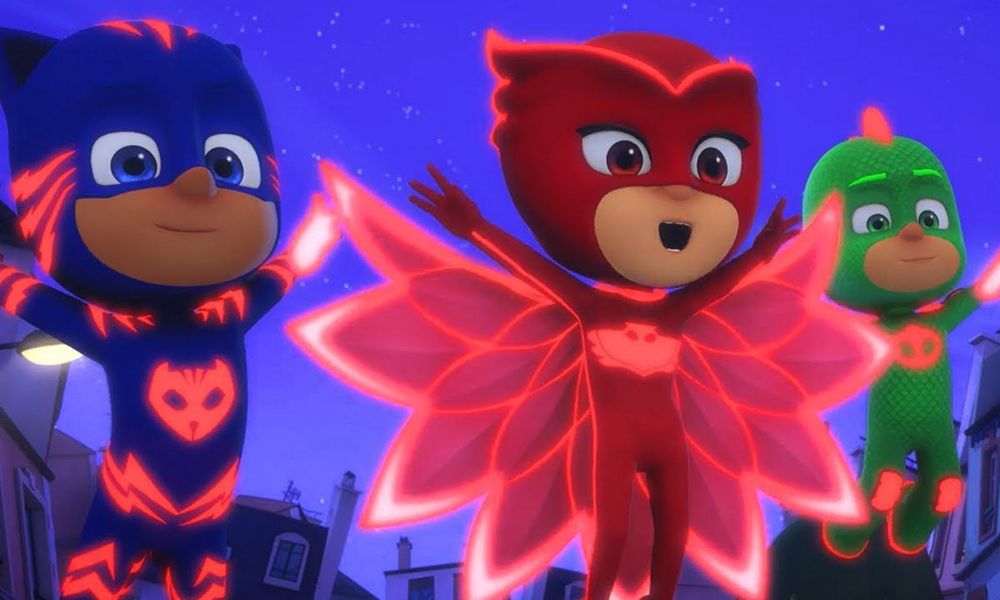 Entertainment One (eOne) is suiting up for a fifth series of its global preschool superhero show, PJ Masks, announcing that a fresh batch of 52 x 11′ episodes is slated for delivery in 2021.

Produced by eOne and Frog Box, in collaboration with Disney Junior and France 5, season five will see the show’s brave heroes, Catboy, Owlette and Gekko, explore new locations and take on new villains in fresh adventures that will launch with making the familiar, unfamiliar!

“2020 marks five years since PJ Masks first swooped onto TV screens and we’re absolutely thrilled to be announcing that a fifth series is in production,” said Olivier Dumont, eOne’s President, Family & Brands. “PJ Masks has won a place in the hearts of families all over the world and has created many happy childhood memories for kids who have grown up with the characters. We look forward to bringing brand new adventures to the show’s fanbase and introducing the series to the next generation of preschoolers.”

PJ Masks got off to a flying start when it first debuted on Disney Junior U.S. in 2015. It is now one of the top-rated broadcasts for preschoolers, airing regularly on multiple FTA and VOD platforms around the world. Annual global retail sales now reach over $1.1 billion, with consumer products programs firmly established in 85 markets worldwide and a growing presence in Asia.

As season five soars into production, season four of PJ Masks is poised to launch on Disney Junior globally beginning spring 2020, and in autumn on Okoo, France Télévisions’ kids platform. S4 will kick off with an epic 44-minute special episode giving fans a never before seen exciting introduction to new adventures.