Leading kids’ entertainment specialist CAKE has signed a deal with CITV in the U.K. for TeamTO’s maverick slapstick comedy, Mighty Mike, which will make its channel debut on January 6. Mighty Mike will continue to air on CITV weekdays at 4:30 p.m.

“I am absolutely thrilled to be bringing this distinctive animated series to CITV,” commented ITV Senior Program Acquisitions Executive Darren Nartey. “A combination of slapstick comedy and great writing makes this the perfect show for our audience.”

“CITV is the latest in a long line of key partnerships on Mighty Mike, which is testament to the series’ strong calibre and universal appeal,” said Ed Galton, CCO & Managing Director of CAKE.

The 78 x 7’ dialogue-free chase cartoon features Mike, a refined pug with sophisticated tastes who longs for a quiet life but is instead forced to defend his house from a bunch of furry intruders. Raccoons, turtles and Fluffy the Cat have a knack for showing up at the worst possible moments, dragging Mike through a series of unforeseen twists and turns! When his owners return, an exhausted Mike finds himself in the dog house once again, missing yet another opportunity to impress Iris, the neighbour’s elegant dog.

With photorealistic visuals, Mighty Mike is aimed at 6- to 10-year olds but has a broader family appeal. An original TeamTO production with Canada’s Digital Dimension, CAKE handles international distribution (excluding France, Germany and China). Surge Licensing are handling licensing in the U.S. and Canada. 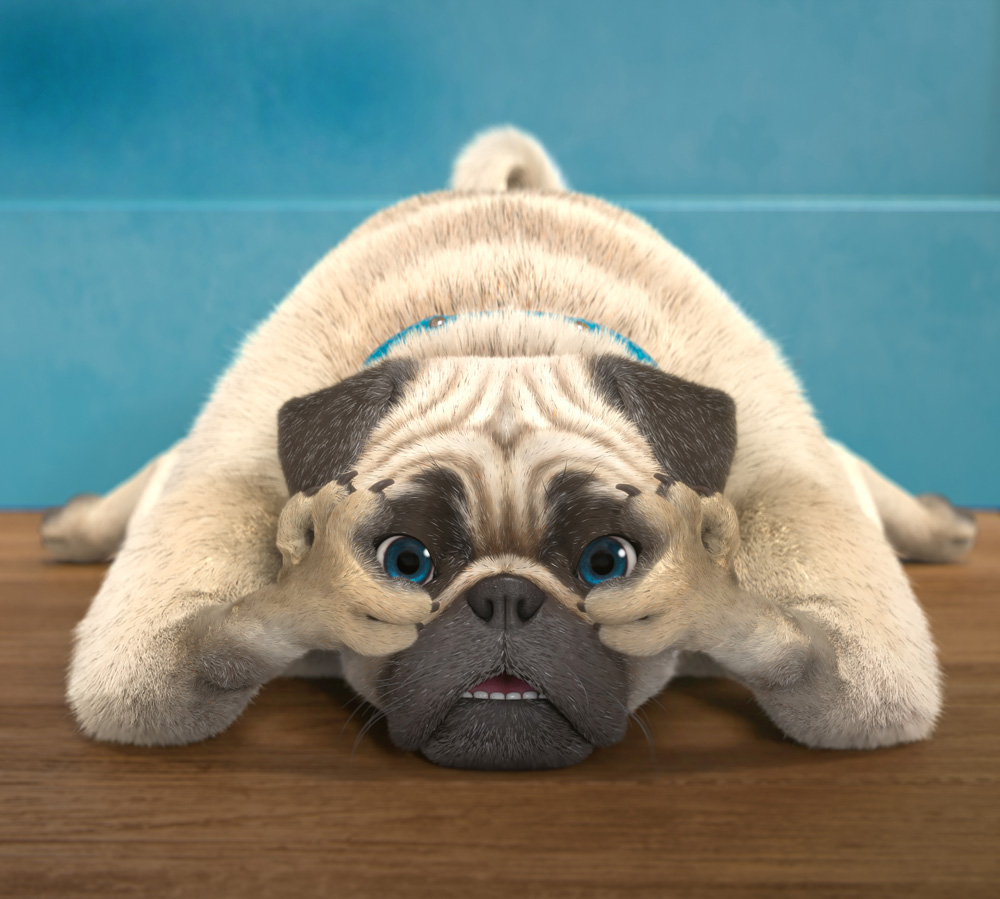