Adult Swim’s popular anime series FLCL: Progressive and FLCL: Alternative will be available for the first time ever as a Blu-ray combo pack from Warner Bros. Home Entertainment on February 4.

Based on the original anime series written by Yōji Enokido and from director Kazuya Tsurumaki, the collection propels Haruko and her yellow Vespa back into action with 12 episodes from FLCL: Progressive and FLCL: Alternative. The Blu-ray Combo Pack is priced to own at $44.98 SRP ($52.99 in Canada). FLCL: Alternative will also be available on DVD on February 4 for $19.99 SRP ($24.99 in Canada).

From the legendary anime studio Production I.G and Adult Swim, FLCL: Progressive & Alternative Combo Pack will include a 15-minute never-before-seen documentary that dives into the making of both seasons, featuring interviews with voice talent and crew. Additional special features include a “Meet the Creators” piece focused on the new era of show creators, a segment about “The Pillows” relationship with the series, a glimpse at the English voice actors behind FLCL together, and a look into the production of FLCL: Alternative.

The highly anticipated sequel to the 2001 original FLCL, FLCL: Progressive tells the story of 14-year-old Hidomi and her classmate, Ide, as the war between Medical Mechanica and Fraternity continues. Now in the form of their teacher, Haruko Haruhara returns alongside another otherworldly being, Jinyu, a gorgeous Chrysler Bel Aire and her yellow Vespa to unleash their hidden potential.

FLCL: Alternative, the third and final season centers on the misadventures of 17-year-old Kana and her friends Mossan, Hijiri and Pets. The group’s seemingly normal lives are flipped upside down when Mecha falls from the sky and arrives with the guitar-wielding Haruko Haruhara. Once again determined to take out Medical Mechanica, Haruko works to awaken Kana’s N.O. channel before the relentless iron takes over the world.

“During its 12-week run on Adult Swim’s Toonami, FLCL was #1 in its timeslot, and garnered a huge fan following,” said Mary Ellen Thomas, WBHE, Senior Vice President, Originals, Animation and Family. “We think both the fans and newcomers are going to love the Combo Pack with it exciting behind the scenes extra content, in addition to the final 12 highly anticipated episodes from the fanatical series.” 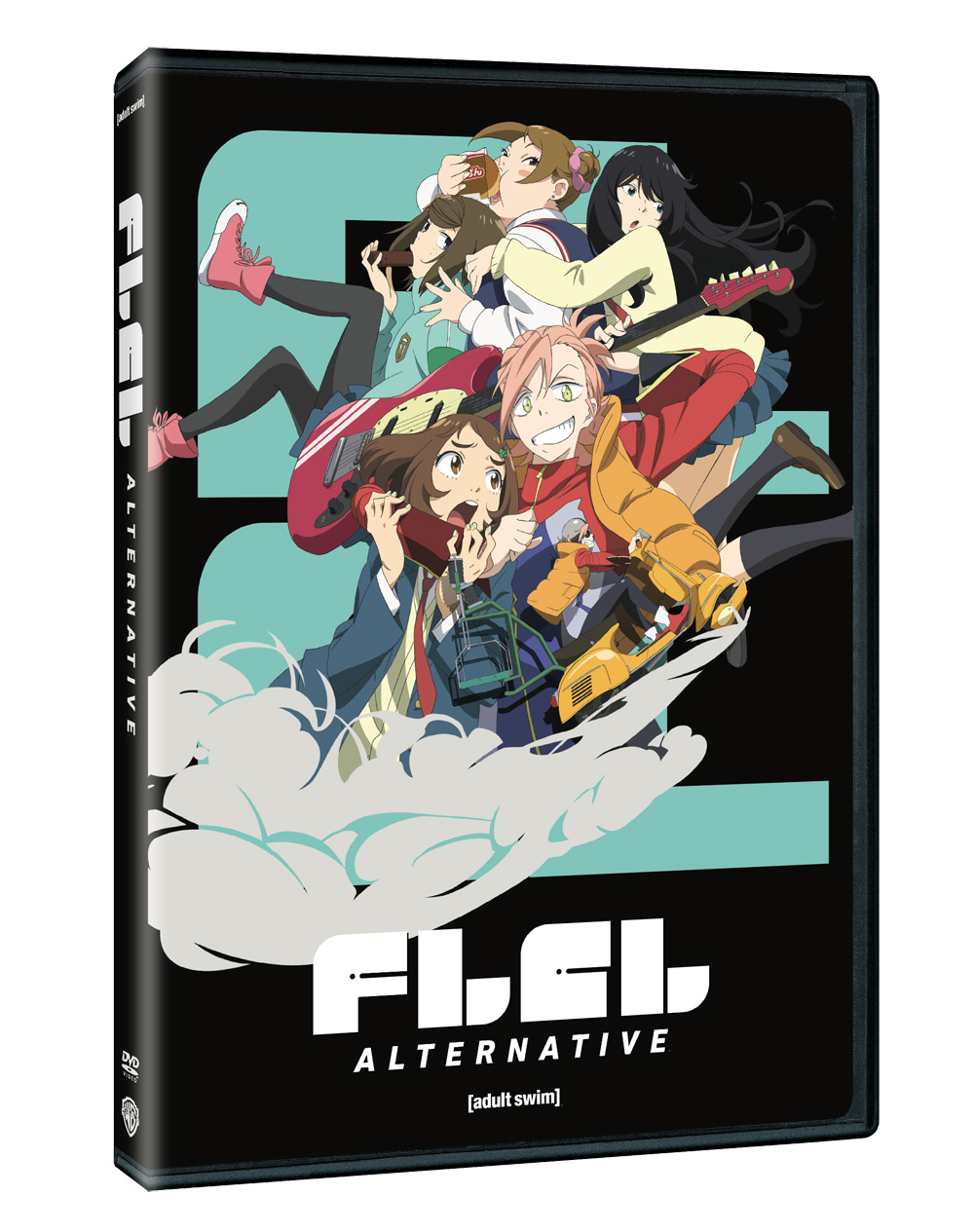