India- and Singapore-based animation studio Cosmos-Maya is launching Gandhi, a new animated kids’ show inspired by Mahatma Gandhi, on the 150th anniversary of his birth.

Making its international debut at MIPCOM, the show pays homage to the greatest Indian who ever lived and has been commissioned by the Walt Disney Company India. Although the show is aimed primarily at 4-11 year olds, it is entertainment for the whole family. The 52 x 11’ episode series is available in all major languages worldwide.

“Growing consumerism and materialism have brought with them the paradox of the ‘extra’. We have started to consume much more than we require. This has started to adversely affect everything, be it our behaviors, our lifestyle, and even the very Earth we inhabit. We, however, have also started to take corrective measures. We teach our kids to take cognizance of the good and bad happening in the world and grow up to be conscientious human beings,” said Anish Mehta, CEO, Cosmos-Maya.

“Gandhi, several decades ago, followed the dictum of a frugal and minimalist, yet purpose-driven life. ‘Trends’ like ecological conservation, fitness, healthy eating, and decluttering have reappeared and are now normative behaviors, but they were advocated by Gandhi a long time ago. He envisioned the Greta Thunbergs of the world when he said, ‘Be the change you wish to see in the world.’ Out of the many gifts Gandhi left for kids of subsequent generations, the greatest is instilling in them self-belief. Today, when the world faces the perils of climate change, global warming, and plastic, caused by the over-exploitation of natural resources, inculcating Gandhian values into the lives of our children is the need of the hour.”

Cosmos-Maya has been working for the past two years to develop a concept that will not only empower children with Gandhi’s values in a non-didactic format, but also to spread the Mahatma’s teachings to kids world over with entertaining, child-friendly and universal storytelling.

In the series, Gandhi is the wise elder of a contemporary neighborhood in the modern world. A diverse group of people dwell here, all living together in harmony. Every day is different here, some joyous, some challenging, but the two constants are Gandhi’s angelic presence and his three wise monkeys, who always accompany him. Together, they endeavor to help kids to face their problems, right wrongs, add a positive spin to adversity and finally come out on top. Gandhi passes on his wisdom and guidance to the good people of the town in his own unique, charming way that strikes a universal chord.

Devdatta Potnis, SVP Revenue & Corporate Strategy, added, “Gandhi will be a tribute to the man who had the power to shape the thinking of generations. With our production might, we are best equipped as storytellers in the sense that we can exercise our Creative Social Responsibility and communicate Gandhi’s teachings in a fun but responsible manner.” 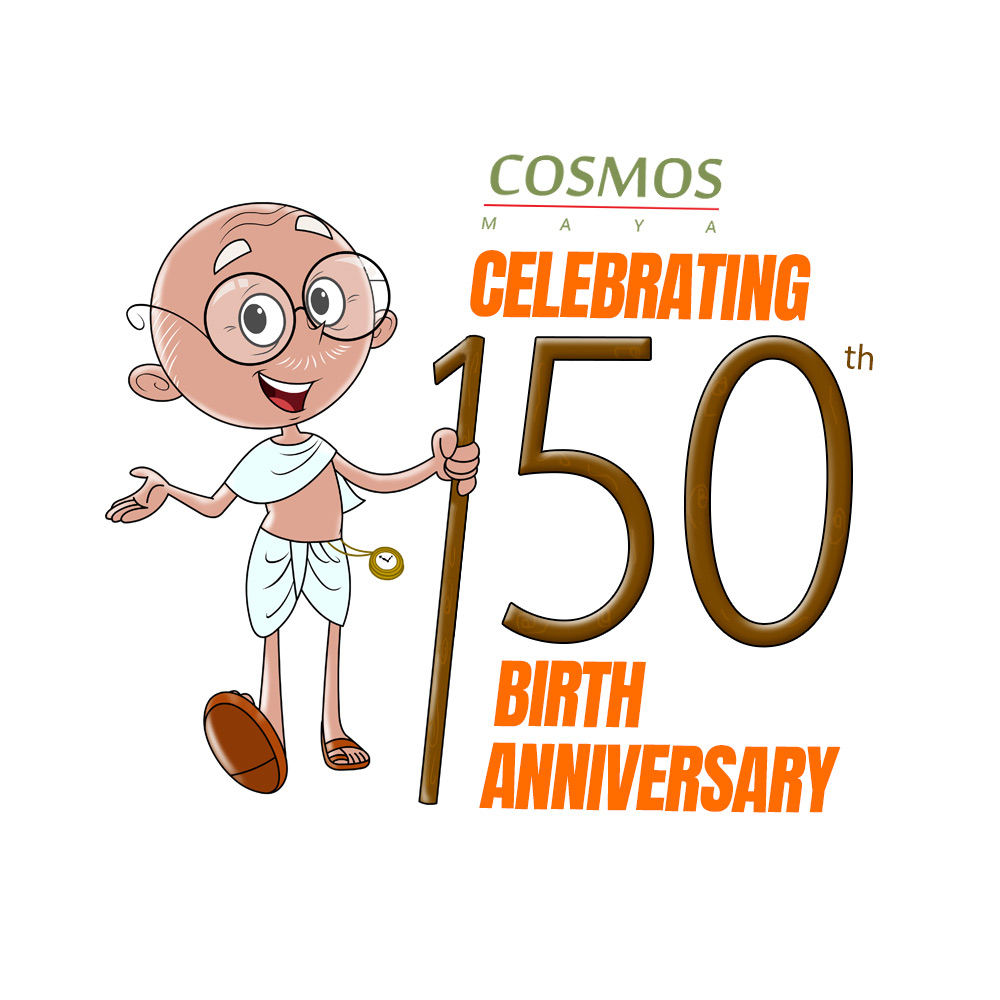