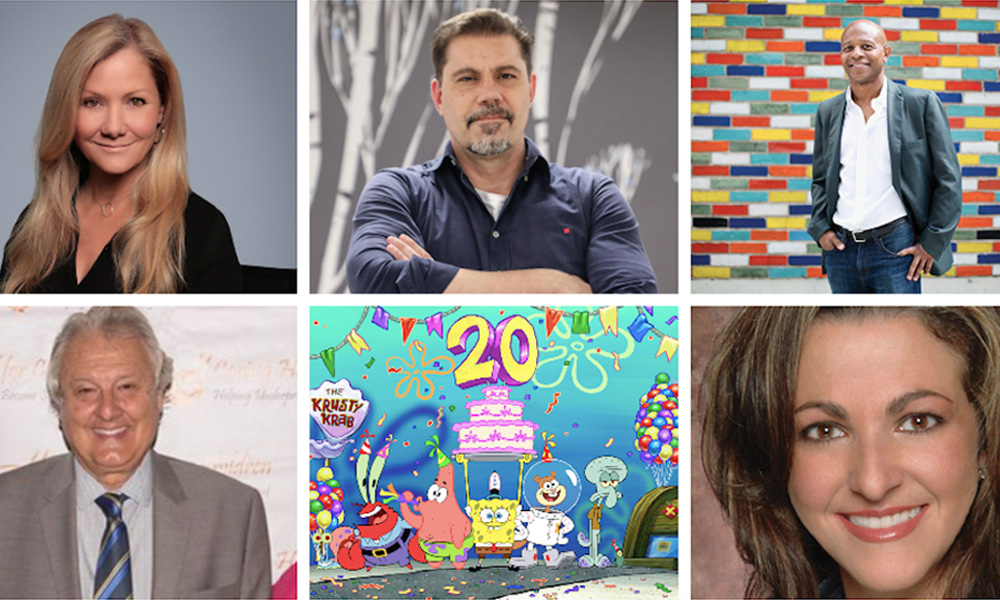 Animation Magazine has unveiled its list of this year’s distinguished Animation Hall of Fame Game-Changers award recipients. The honorees will receive their awards at the World Animation & VFX Summit Opening Night Party on Sunday, Nov. 3 at the newly remodeled hotel The Garland in N. Hollywood, Calif.

This year’s award recipients are, in alphabetical order:

Jill Culton is writer and director of Abominable, the acclaimed new DreamWorks/Pearl animated feature, and a 27-year veteran of animated feature films. She has made a career as an animator in both 2D and 3D formats, a character designer, visual development artist, storyboard artist, head of story, writer, director and executive producer. Culton is considered to be among the first female pioneers who helped to further the medium of computer feature animation. She was an animator and storyboard artist on Toy Story, A Bug’s Life and Toy Story 2, for which she also designed Jessie the cowgirl. Culton was the head of story development and credited with “Original Story by” on Monsters, Inc. She also helped develop animated projects at ILM, including Curious George. Culton made her directorial debut on Sony’s first animated feature, Open Season. She directed the Open Season short, Midnight Bun Run, and exec produced Open Season 2. She was also integral to the development of Hotel Transylvania.

Bill Fagerbakke [Representing Nickelodeons’ SpongeBob SquarePants team] voices Patrick Star, SpongeBob’s best friend, in Nickelodeon’s iconic hit series SpongeBob SquarePants. Fagerbakke is best known for his portrayal of Dauber in long-running comedy series Coach and can currently be seen in on Netflix’s acclaimed mini-series, Unbelievable. Other recent credits include Showtime’s I’m Dying Up Here and How I Met Your Mother. Additionally, Fagerbakke had recurring roles on Heroes and Oz. In 2011, he appeared in the Oscar-winning film The Artist. Other credits include Funny Farm, Loose Cannons, The Secret of My Success, The Baby Makers and Halloween 2. His distinctive voice has also been heard in Disney’s animated feature film The Hunchback of Notre Dame, and as a regular on animated series Dorothy and the Wizard of Oz, as well as All Hail King Julien, Transformers, Handy Manny, Dumb and Dumber, Gargoyles, and many others.

Sergio Pablos is the writer and director of the upcoming animated features Klaus and the CEO and founder of Madrid-based Sergio Pablos Animation Studios (SPA Studios). Pablos has worked in the animation industry for over 20 years, working across disciplines such as animation supervising, character design, story, executive producing, writing and directing. He co-created the 2010 global hit Despicable Me, and his past credits include Tarzan, The Hunchback of Notre Dame, Hercules, and many more. He is a two-time Annie Award nominee for his character design work on Rio and Treasure Planet. Pablos opened his Madrid-based studio to create his passion project of 15 years – Klaus. The film marks Pablos’ directorial debut, and will premiere on Netflix November 15.

Adina Pitt is VP of content acquisitions and co-productions for Cartoon Network and Boomerang. She is responsible for identifying, negotiating and acquiring pre-produced series, specials, movies and short-form product that fit the network brands for exposure on all platforms. She is also the liaison with international Cartoon Network and Boomerang channels to coordinate global acquisition contracts, and she represents the U.S. networks at all major programming markets. Previously, Pitt was VP of acquisitions for Nickelodeon and MTVN Kids and Family Group. Throughout her career, Pitt has worked on Nickelodeon, Nick at Nite, TV Land, Nicktoons Network, Noggin, The N, Nick Jr., TNN and Spike TV. She also worked in film programming acquisitions at HBO.

Marlon West started his career producing educational films for Encyclopedia Britannica, after graduating from Columbia College in 1985. In 1989, he moved to Los Angeles and started freelancing, working on special effects for music videos, television commercials, and motion pictures. West joined Walt Disney Feature Animation in 1993 as an effects animator on The Lion King. He then went on to create effects for Pocahontas, The Hunchback of Notre Dame, Hercules, Mulan, Tarzan, Fantasia 2000 and The Emperor’s New Groove. He served as head of effects on Atlantis: The Lost Empire and Home on the Range. West also worked as a digital artist, animating special effects for Chicken Little and Meet the Robinsons. He was also head of effects animation on Disney’s The Princess and the Frog, Winnie the Pooh, Frozen and Moana. He is currently working as head of effects animation on Frozen 2, due Thanksgiving 2019.

Mike Young is the co-founder and partner of Splash Entertainment (originally Mike Young Productions) and Kabillion. His first venture into animation came in 1980 when his children’s books based on a crime fighting Teddy bear, SuperTed, became a hit TV series worldwide. Young has produced hundreds of hours of animated movies and TV series including the recent films All I Want for Christmas Is You and Lionsgate’s Norm of the North. Young has won numerous accolades for his shows including multiple BAFTA and Emmy Awards. Among his numerous TV and movie credits are: Jakers: The Adventures of Piggley Winks, Pet Alien, ToddWorld, Clifford’s Really Big Movie, Sabrina: Secrets of a Teenage Witch, Strawberry Shortcake, Care Bears: Welcome to Care-a-Lot, Dive Olly Dive!, Rob Dyrdek’s Wild Grinders, Cosmic Quantum Ray, Chloe’s Closet, Growing Up Creepie, Bratz and He-Man and the Masters of the Universe: The Beginning.

“We are witnessing a huge growth period in all the different sectors of animation and visual effects all over the world, and we are delighted to celebrate the seventh edition of our World Animation & VFX Summit with such a supremely talented group of visionaries and artists,” says Jean Thoren, Animation Magazine’s publisher and founder of the event. “Our six distinguished Hall of Fame Game Changer Honorees this year — Jill Culton, Sergio Pablos, Adina Pitt, Marlon West, Mike Young and the team behind Nickelodeon’s SpongeBob SquarePants — have brought so much artistry and creative vision to our world. This year’s honorees have worked hard and led teams of artists in their quest to share unique and inspiring stories. We are thrilled to acknowledge their achievements at the Summit this year and thank them for raising our industry to such great heights.”

Tuesday, Nov. 5, at The Garland in North Hollywood. This high-profile event will feature panels, discussions and networking with a global array of high-level animation and visual effects professionals, who are changing the animation, VFX, distribution and financing landscape all over the world.

The 2019 edition will showcase panels on the making of some of the year’s top animated features, such as Abominable, Frozen 2, How to Train Your Dragon 3, I Lost My Body, Klaus, The Missing Link, Toy Story 4 and other award season contenders. It will also offer informative sessions on some of this year’s animated shorts awards contenders, recent developments in virtual reality technologies, the changing face of the VFX industry, regional spotlights on European and Chinese co-producers and innovators, as well as new developments and opportunities for animation professionals in the booming streaming and media landscape.

This year’s panelists and speakers include: