Sequel film opens on May 31

Warner Bros. UK is also streaming a new commercial for the film.

The film was originally slated for March 22, but is now scheduled to open on May 31. The film will also open in Japan on May 31. 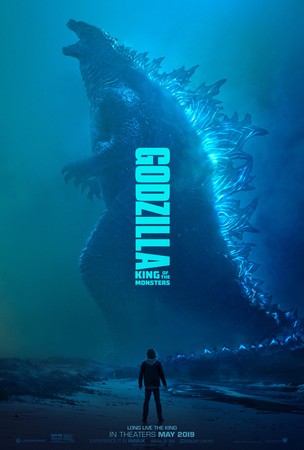 Kyle Chandler, Vera Farmiga (Up in the Air, The Conjuring, Bates Motel), and Millie Bobby Brown (Stranger Things) will star in the film as a father, mother, and daughter.

Other cast members include:

The new story follows the heroic efforts of the crypto-zoological agency Monarch as its members face off against a battery of god-sized monsters, including the mighty Godzilla, who collides with Mothra, Rodan, and his ultimate nemesis, the three-headed King Ghidorah. When these ancient super-species—thought to be mere myths—rise again, they all vie for supremacy, leaving humanity’s very existence hanging in the balance.

Michael Dougherty (Krampus) is directing the sequel, after co-writing the script with his Krampus writing partner Zach Shields. Dougherty previously led the writing room collaborators who brainstormed how to unite the current Godzilla and King Kong projects under Legendary’s “MonsterVerse” franchise.

The film received a companion graphic novel on May 21 titled Godzilla: Aftershock.

The first of Legendary Pictures’ Godzilla films premiered in 2014. The planned Godzilla vs. Kong crossover film from director Adam Wingard is slated for May 22, 2020.