Netflix announced on Sunday that it is producing a new four-episode original anime titled Eden. The anime will premiere in 2020. 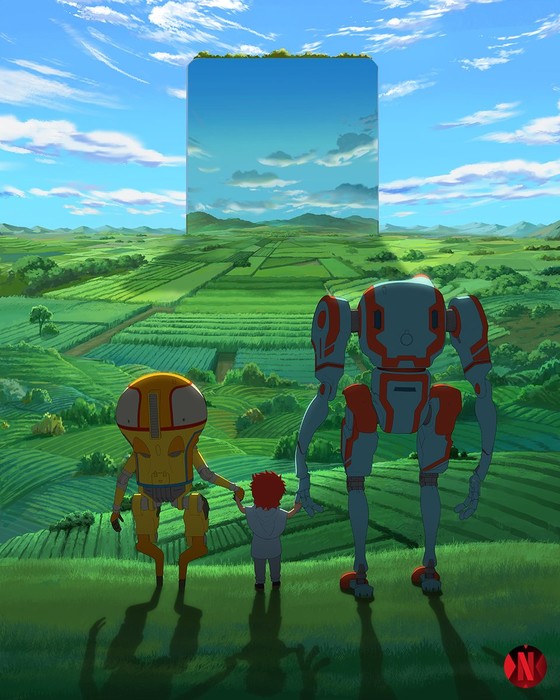 The upcoming sci-fi fantasy series Eden is set thousands of years in the future, where a city known as “Eden 3” is inhabited solely by robots whose former masters vanished a long time ago. On a routine assignment, two farming robots accidentally awaken a human baby girl from stasis questioning all they were taught to believe — that humans were nothing more than a forbidden ancient myth. Together, the two robots secretly raise the child in a safe haven outside Eden.

Yasuhiro Irie (Fullmetal Alchemist: Brotherhood, Alien Nine, Scorching Ping Pong Girls) is directing the anime at Qubic Pictures and CGCG, and Justin Leach is the producer. Kimiko Ueno (Kuromajyo-san ga Tōru!!, The Royal Tutor) is producing the screenplay. Toshihiro Kawamoto (Cowboy Bebop, Noragami) and Christophe Ferreira (BUTA, Napping Princess) are working on both character and concept designs. Clover Xie is the background art director. Kevin Penkin (Made in Abyss, The Rising of The Shield Hero) is composing the music.